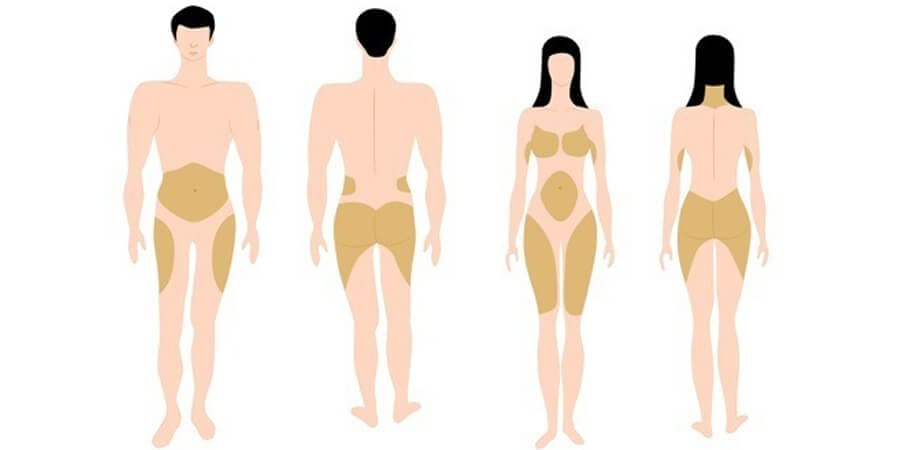 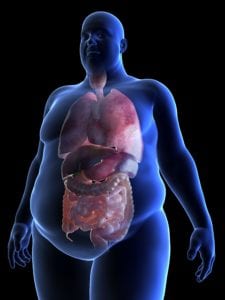 Fat is stored in the body in different compartments. The two main compartments are subcutaneous (under the skin) and visceral or abdominal (around the internal organs). You may also hear the term ectopic fat, which is when fat “overflows” into other tissues, such as the liver, pancreas and muscles. Visceral and ectopic fat are the fat stores most closely associated with chronic disease (diabetes, heart disease, cancer…).

Increased visceral fat is associated with increased health risks and thus, when investigating overweight and obesity, it is important to evaluate the distribution of body fat carefully to decide on the most suitable treatment and the urgency of treatment. This assessment is performed using clinical measures, such as waist measurement, waist-to-hip ratio and waist-to-height ratio, and devices such as DEXA and bioimpedance (see article here).

If you would like more in-depth information, please read on.

In overweight and obese individuals, where is fat stored?

Body fat can be stored in different compartments:

Why is fat distribution important?

It is now widely known that visceral adipose tissue (belly fat)  and ectopic fat are more harmful to health than fat at other sites in the body. Why is this? 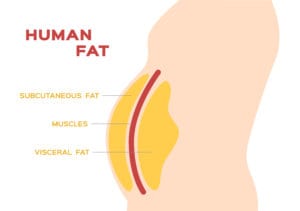 Visceral adipose tissue is in close proximity to the liver, and its blood vessels run directly to the liver. Thus, when fat is released from visceral adipose tissue, it goes directly to the liver, which has to process it. In a normal-weight person, the amount of fat reaching the liver at any one moment is perfectly within the liver’s metabolic capacity, and no adverse effects are produced. However, an individual with excessive visceral adipose tissue will continually send large amounts of fat to the liver, leading to fat accumulation in the liver cells (ectopic fat) and the development of non-alcoholic fatty liver disease. This provokes inflammation and resistance to the effects of insulin, a hormone important in fat and sugar storage and metabolism. In the long term, fatty liver can lead to serious alterations of liver function.

The excess fat in the body also leads to fat being stored in the muscles. This affects muscle function and makes muscle more resistant to the action of insulin.

Subcutaneous fat, on the other hand, not only releases its stored fats more slowly, but those fats enter the general circulation and reach the liver in lower concentrations, so they are less likely to cause damage.

The fat cells themselves: 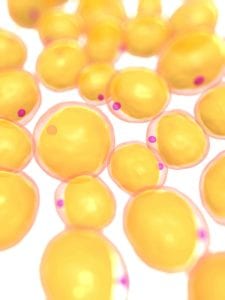 One of the key determinants of body fat distribution is the sex hormone status.

Oestrogens have been shown to promote fat accumulation in the gluteofemoral subcutaneous fat stores (buttocks and thighs). Fat starts to accumulate in this region as girls reach puberty, and it typically persists until the menopause. This is known as a “gynoid” fat distribution (also sometimes called “pear shape”). After the menopause, oestrogen levels fall and the fat distribution in postmenopausal women changes to become similar to that seen in men. 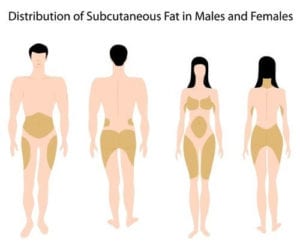 Testosterone has been shown to increase lipid utilisation and decrease storage; this is part of the explanation why men typically have a lower body fat percentage than women. In males, testosterone levels start to rise significantly during puberty and then fall progressively after 20-30 years of age. As testosterone falls, men become more prone to accumulate body fat. The reason why men tend to accumulate belly fat remains unclear.

Genetic control and heritability. Body mass index has been shown to be influenced by genetic factors. Certain genes are directly involved in the control of body weight; for example, absence of the leptin gene leads to massive weight gain. Studies of the human genome have identified around 100 genetic variants that affect body weight and body fat distribution.

Epigenetics is the way the environment alters expression of our genes. Factors such as stress, inflammation and diet can alter gene expression, and this can change how we store or use fats and sugars. Even maternal factors before we are born can provoke epigenetic effects that will influence our body weight (positively or negatively) later in life.

How do we assess body fat distribution?

Traditionally, body fat has been assessed using anthropometric measurements, such as waist and hip circumferences, weight, height and skinfold thicknesses, and then applying formulae to estimate body fat mass and distribution. The waist-to-hip ratio (WHR) gives us a good idea of the gynoid or android fat distribution. The waist-to-height ratio (WHtR) gives us a good idea of the relative accumulation of abdominal fat (made up of subcutaneous abdominal fat and visceral adipose tissue).

Technological advances have now given us devices that can determine body fat percentage and distribution accurately: DEXA, BodPod, bioelectrical impedance analysis (bioimpedance) (see my articles on body fat percentage and bioimpedance.) While DEXA and the Bod Pod are more expensive and less widely available, bioimpedance devices are now used in many weight management clinics and are often available in gyms and health clubs.

Health professionals must be fully aware of the effects of excess fat on health and how the distribution of that fat can change the relative risks. We need to be able to assess fat mass and its distribution accurately and to interpret the findings according to patient age, sex and ethnicity.

It must be recognised that fat on the hips and thighs can be more difficult to move and requires approaches that act at a cellular level to increase the breakdown of triglycerides and the release of fat for energy utilisation. The choice of diet programme and the type of exercise regimen will play a major role in this process. 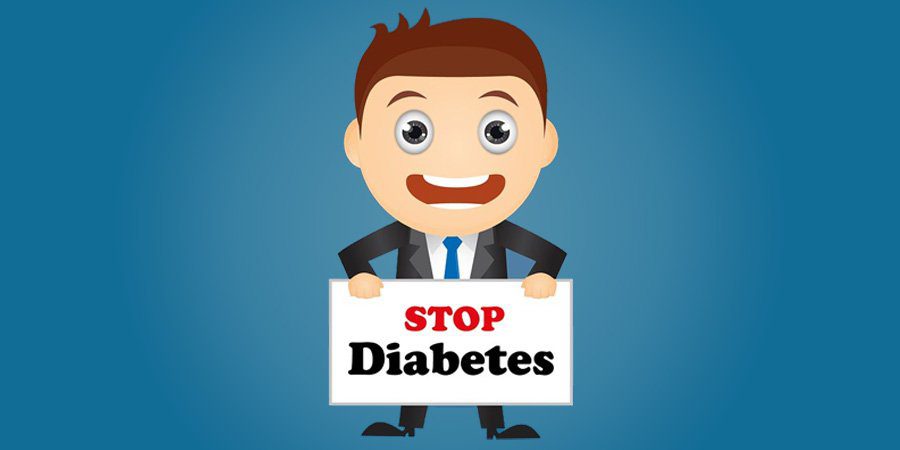 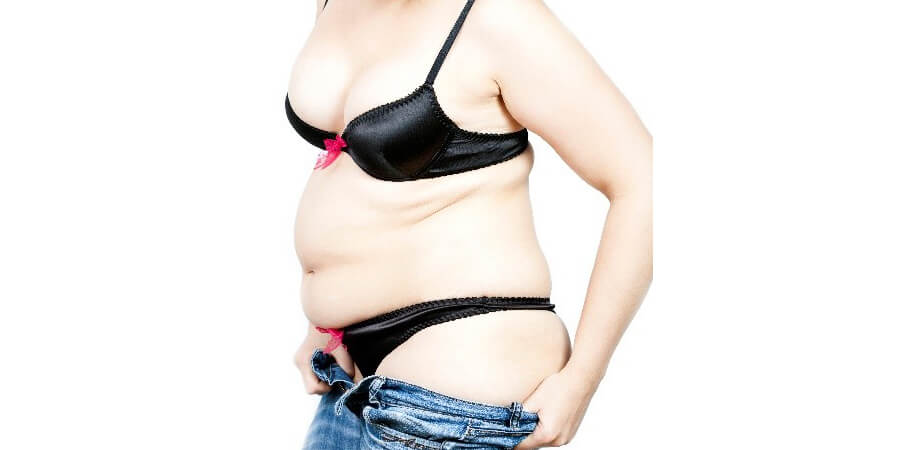 Why do I gain weight?